I built this deck with a mind to take the old Stahleck-winning Bara N/A, then adapt it out of anticipation for a card/cards from the old deck getting restricted. Specifically I wanted to move draw away from Val, since if Melisandre's Favour or Brightwater Man-at-Arms got restricted, I felt they were more key to the deck. Besides, the newest Raven gave me the perfect excuse to run Samwell as the new source of draw. He may not be quite as powerful as Val when it comes to the scope of his draw, but he doesn't require keeping another character on the table and standing to be good, and he's also slightly better against Targaryen - No Attachments is an important keyword to stop Flame-Kissed taking him out before a single trigger.

I ran a winter subtheme for a few reasons. Firstly and most importantly, 3 more Ravens to draw with Samwell off; secondly, the fewer gold each player has, the more cards like Seat of Power, Brightwater Man-at-Arms and Mel's Favour make a difference; thirdly, Baratheon has some winter synergies, most notably being able to choke with Salladhor; and fourthly, for this tournament specifically I was pretty sure there were going to be at least two summer decks there, so it seemed like a pretty reasonable meta call.

Without any other restricted (for fear of the card having to be cut if a new FAQ came out), I went up from 60 to 63 with 3 copies of Narrow Escape, a card that is always a big deal and synergises brilliantly with Dale and Cressen besides.

Plots
Men of Pride
Fury of the Stag
Retaliation!
Summoned by the Conclave
Blockade
A Time for Ravens
Mel's Scheme


This was essentially the first draft (I consulted with WWDrakey to help me get down to 60/63, but no additions were made), and honestly I'm pretty happy with it all-round. There were some fun synergies I didn't realise before, most notably Greenseer's Raven and Brightwater Keep turning all City and River plots into "when revealed, kneel your opponent's Brightwater Keep". The only card that seemed weaker to me than I expected was Blockade in the plot deck. I'm not really sure what I'd want to put in its place though.

Any thoughts people care to give me on how to improve it would be much appreciated :). 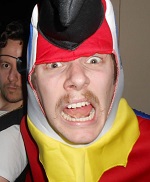 Oh, and just to make a point with this, I know Tagore accused the deck of being too similar to Don's Stahleck-winning deck. So I just did a quick count up of cards shared across the two decks:

So there were 26 cards in my draw deck (and 3 in my plot deck) not in the Stahleck-winning deck. So while it may not be the most revolutionary collection of cards in the world, I do feel like it deserves to be judged on its own merits

I think it stands up on its own merits perfectly well. Im glad I avoided this on the day as it would have very likely wrecked my day.

As for the blockade swap I don't really know what to suggest, is The Aftermath too obvious a suggestion? 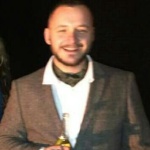 Congrats for your win at the tournament

. Deck is obviously very consistent. The choice of Narrow Escape being really interesting as it has a real impact on CA with Dale and Cressen and globally. The deck already generates this kind of thing, but if your opponent throws his hand away, or if he lets you get your characters back and gets Dale/Cressen to trigger once more it really becomes huge.

I can understand why Tagore would claim it is quite like Stahlecks' decks (apart from a shared feeling of being a poor loser ^^) as the deck is based on the same strong and annoying cards/mechanic (the ones that have a direct impact on the table): Mel's Favor, Harrenhal, Dale, Cressen, in combination with Asshai Initiate and Mel's Schemes. I simply fear any deck containing those cards will be categorised as a "Stahleck Deck" (which himself should be categorised as a Worlds' deck but this is another debate ^^).

But your deck clearly has a different meta call and adapts really well to it. Basically I'd say that you've succeeded in adapting the core of the deck to your vision of the meta and your way of playing, and that you did it incredibly well. Which in my opinion deserves at least as much praise as building the Stahleck winning deck

Well I fear my capabilities in English are limitating my ability to express clearly my opinion here ^^. Bottom line is: congrats, I wish I could build a deck like that

this deck makes me want to put dissension back in my decks!!! 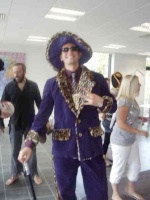